Martin Newell is the Principal owner and adviser at Blestium Financial Services.

Martin is responsible for the mortgage and protection advice for individual and business clients.

Martin has over 20 years of experience in financial services and began his career in 1998 working for a small family owned finance company. His first role as a fully qualified adviser was for a firm of financial advisers in South Wales in 2003. Martin used his vast industry knowledge as well as his passion for customer service and outcomes setting up Blestium Financial Services in April 2012.

Martin is a keen golfer and a former player and chairman of Monmouth Cricket Club. He continues to support local sport and is a sponsor of Monmouth Netball Club and Monmouth girls football team. He also sings tenor with Monmouth Male Voice Choir and had the privilege of singing at the Royal Albert Hall and the honour of singing the national anthems in front of 75000 rugby fans at the Millennium Stadium in Cardiff at the recent Wales v Scotland Six Nations game.

Martin is frequently asked, “what does Blestium mean?” Well, Its the name the Romans gave to his hometown Monmouth. 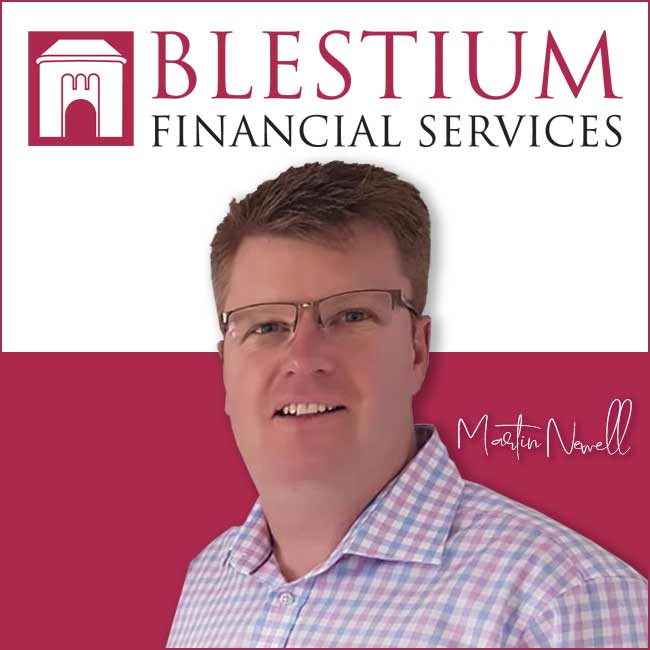 Blestium Financial Services is an Appointed Representative of PRIMIS Mortgage Network. PRIMIS Mortgage Network is a trading name of Advance Mortgage Funding Limited which is authorised and regulated by the Financial Conduct Authority for mortgages, protection insurance and general insurance products. Any other product or service offered by Blestium Financial Services may not be the responsibility of PRIMIS and may also not be subject to regulation by the Financial Conduct Authority. This site uses cookies. By continuing to browse the site, you are agreeing to our use of cookies.

We may request cookies to be set on your device. We use cookies to let us know when you visit our websites, how you interact with us, to enrich your user experience, and to customize your relationship with our website.

Click on the different category headings to find out more. You can also change some of your preferences. Note that blocking some types of cookies may impact your experience on our websites and the services we are able to offer.

These cookies are strictly necessary to provide you with services available through our website and to use some of its features.

Because these cookies are strictly necessary to deliver the website, you cannot refuse them without impacting how our site functions. You can block or delete them by changing your browser settings and force blocking all cookies on this website.

These cookies collect information that is used either in aggregate form to help us understand how our website is being used or how effective our marketing campaigns are, or to help us customize our website and application for you in order to enhance your experience.

If you do not want that we track your visist to our site you can disable tracking in your browser here:

We also use different external services like Google Webfonts, Google Maps and external Video providers. Since these providers may collect personal data like your IP address we allow you to block them here. Please be aware that this might heavily reduce the functionality and appearance of our site. Changes will take effect once you reload the page.